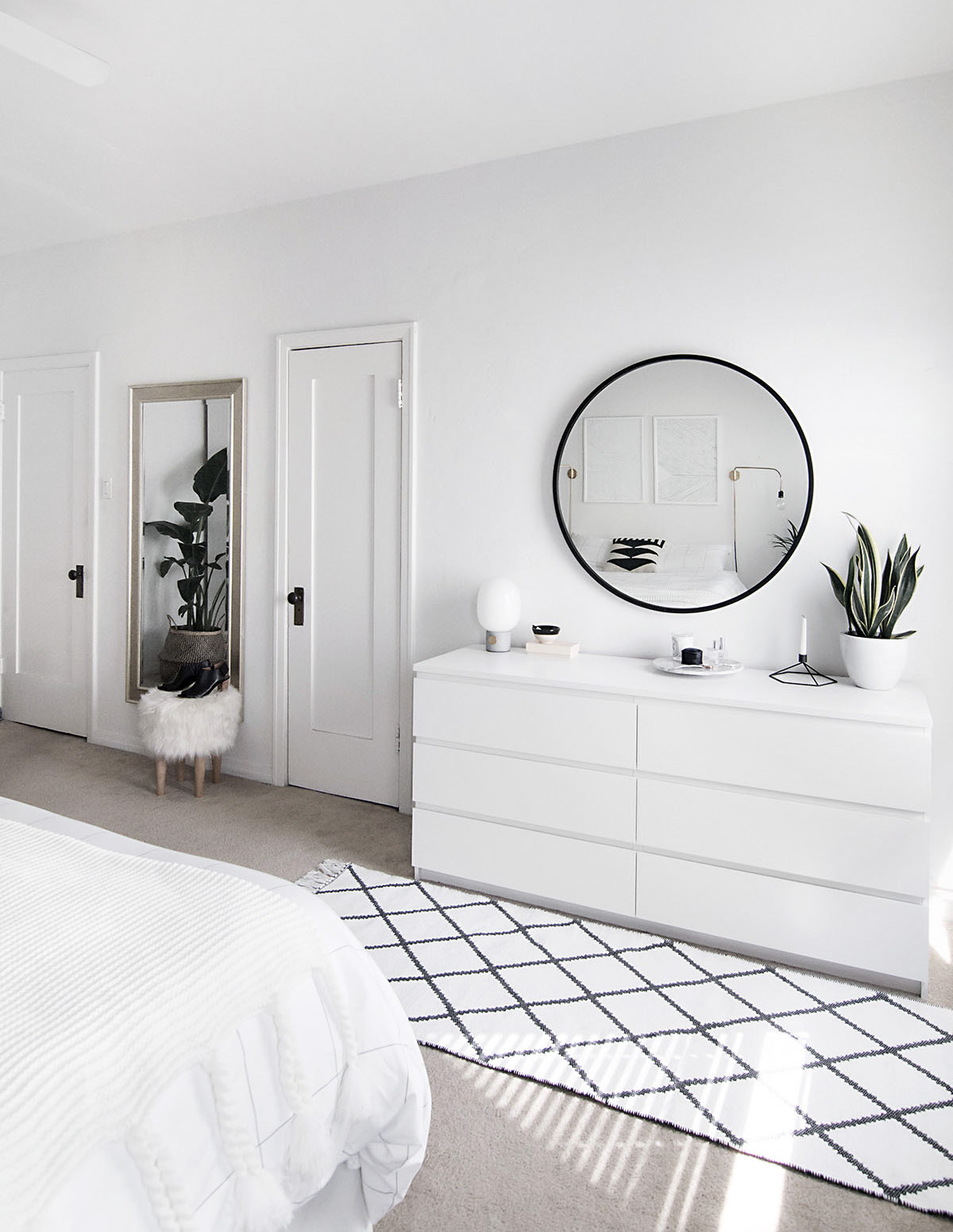 A few quick tips on a very annoying problem that’s very hard to ignore, where sometimes just a rug pad isn’t enough.  I thought I could live with having to readjust this runner rug that wouldn’t stay in place every other day but that got old after approximately two days.  No one needs an extra chore, especially when it starts to change our behavior like trying to tread lightly on and around the rug so that it won’t do this: 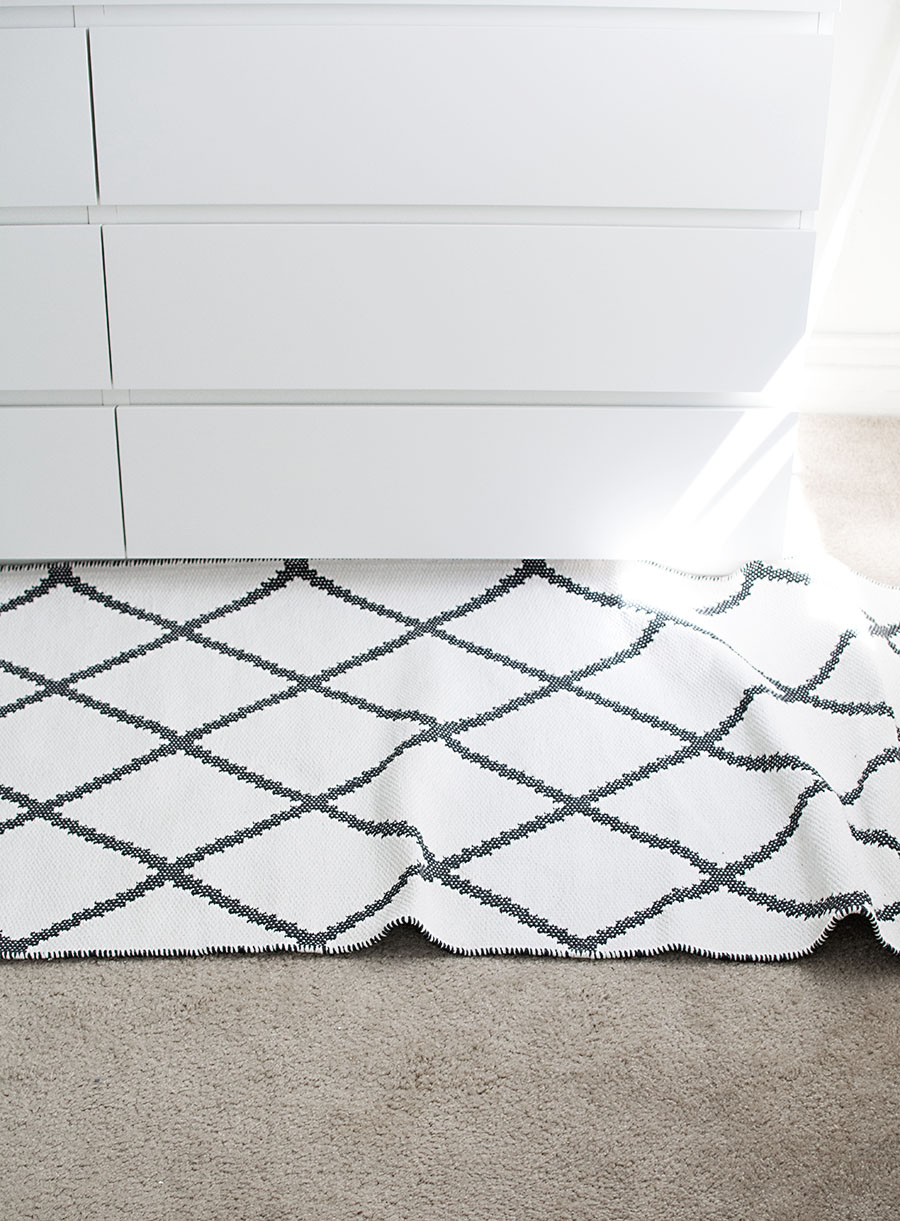 Does it make you cringe??  It makes me feel like my skin is taking the same shape and form, so I had to do something about it.

Before I share what worked for me, I need to mention that the how-to photos are from my first attempt which wasn’t entirely successful, but I have tips on what I changed the second time around and what will make this work better. 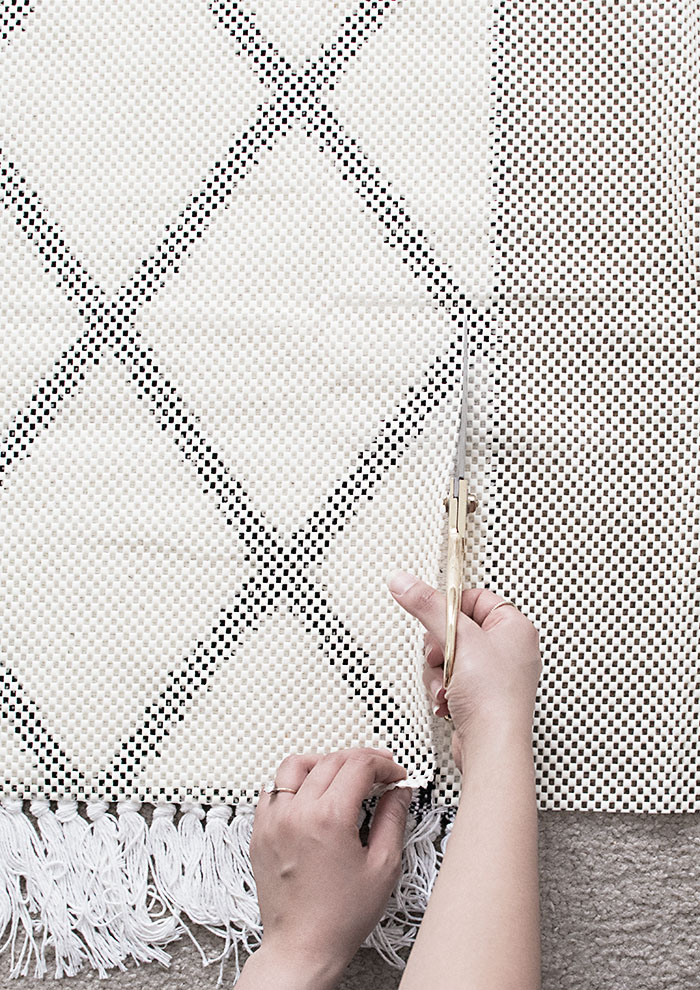 I cut a rug pad slightly smaller than the size of the rug.  Important note: the rug pad in the photo should work for hardwood floors, but after using it on carpet I found that it wasn’t sufficient.  It worked wonderfully for a few days before I noticed that the rug started to travel again, albeit more slowly but still annoying.  If you’re looking for a rug pad specific to carpet, try this one since it works much better and is what I used on my second attempt. 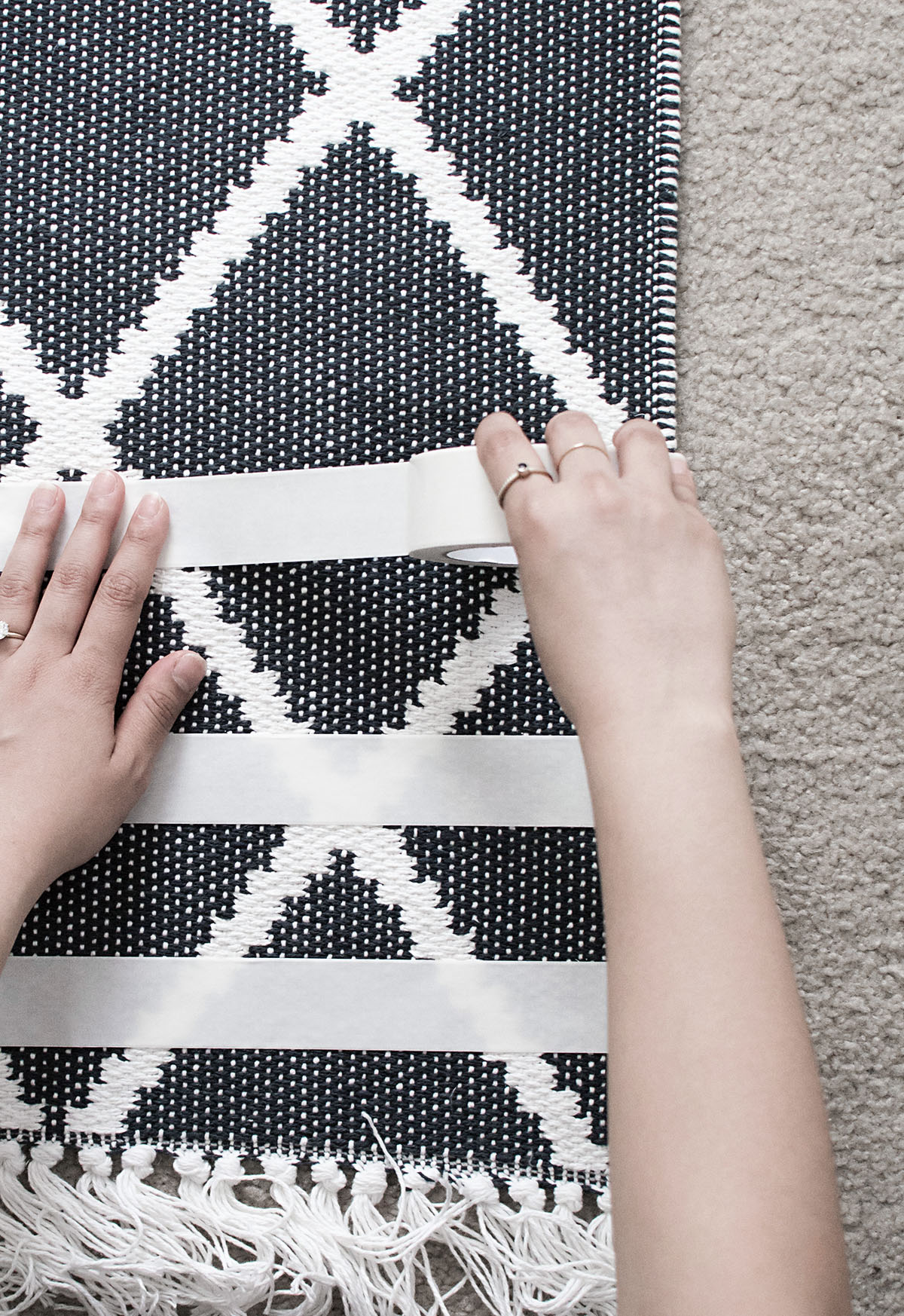 Next I flipped the rug over and applied strips of Carpet Tape a few inches apart from each other.  While I did this in rows, a better method is to apply one giant “X” from corner to corner then apply strips of tape in between the “X” lines in the direction that opposes the crinkles and folds the rug was making before. 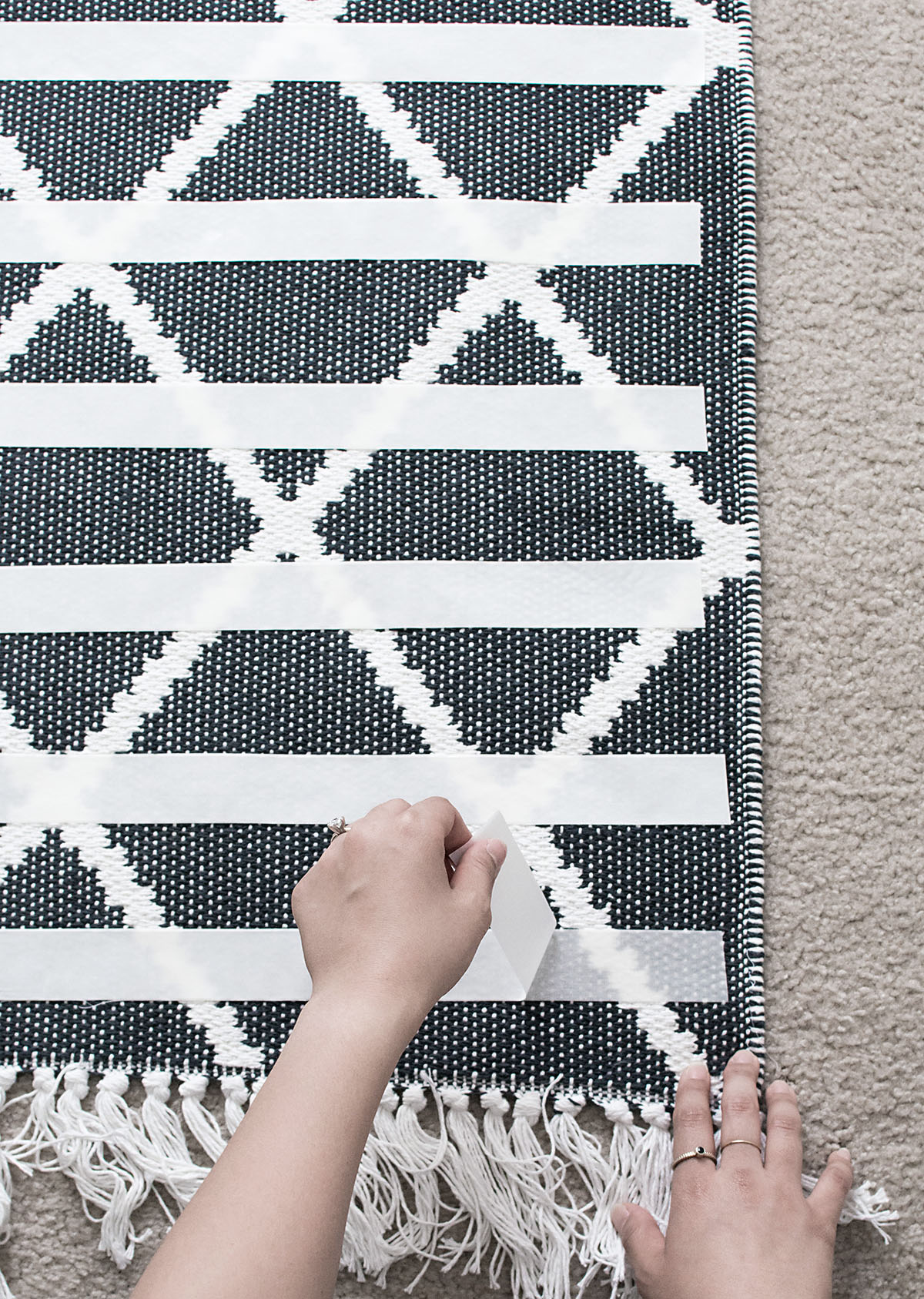 I peeled off the tape backing before sticking the rug pad back on top of it and pressing firmly all over. 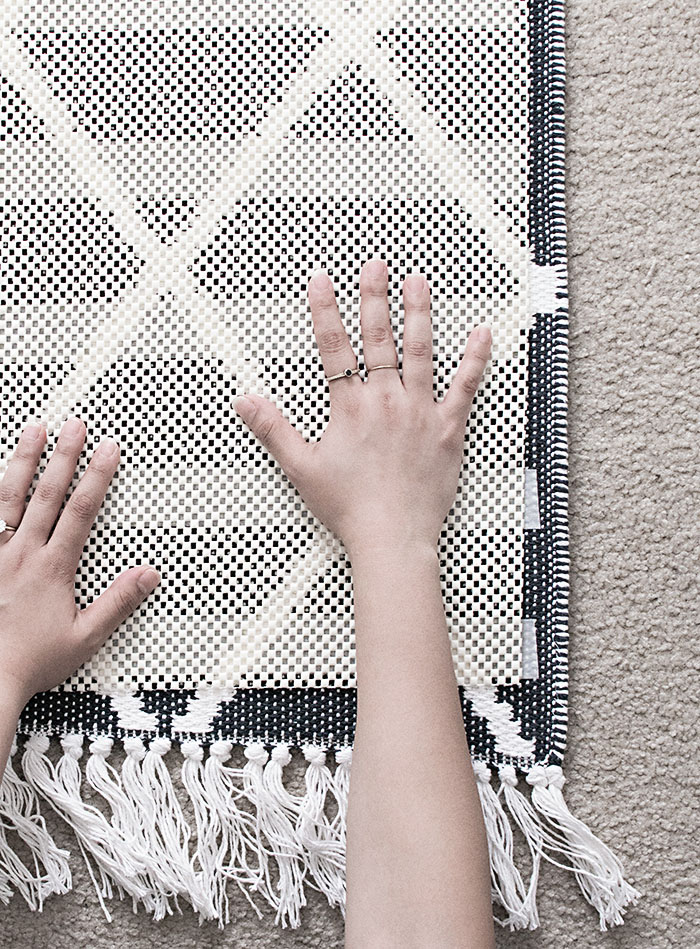 This is going to keep the pad attached to the rug, which is what I found to be the main problem when using a rug pad only.  Using carpet tape alone would probably work well,  but I’ve read that depending on the specific tape and carpet, it might ruin the carpet or leave residue behind, so I wouldn’t risk it unless you want to try a sample first. 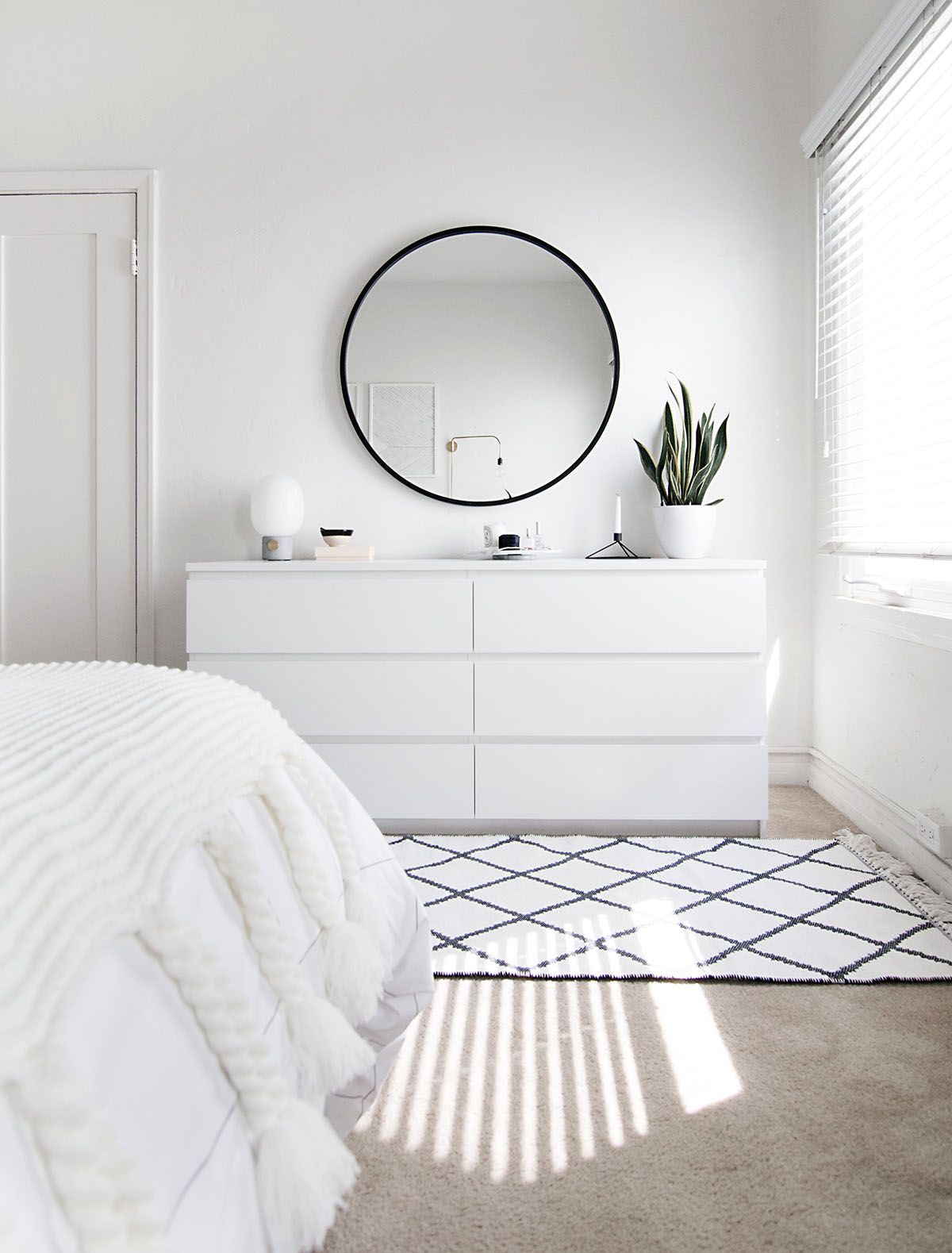 That about sums up a small victory that has significantly improved my quality of life.  For the millionth time ever, it’s the little things!   It’s a small problem that makes a BIG difference to not have to think about. 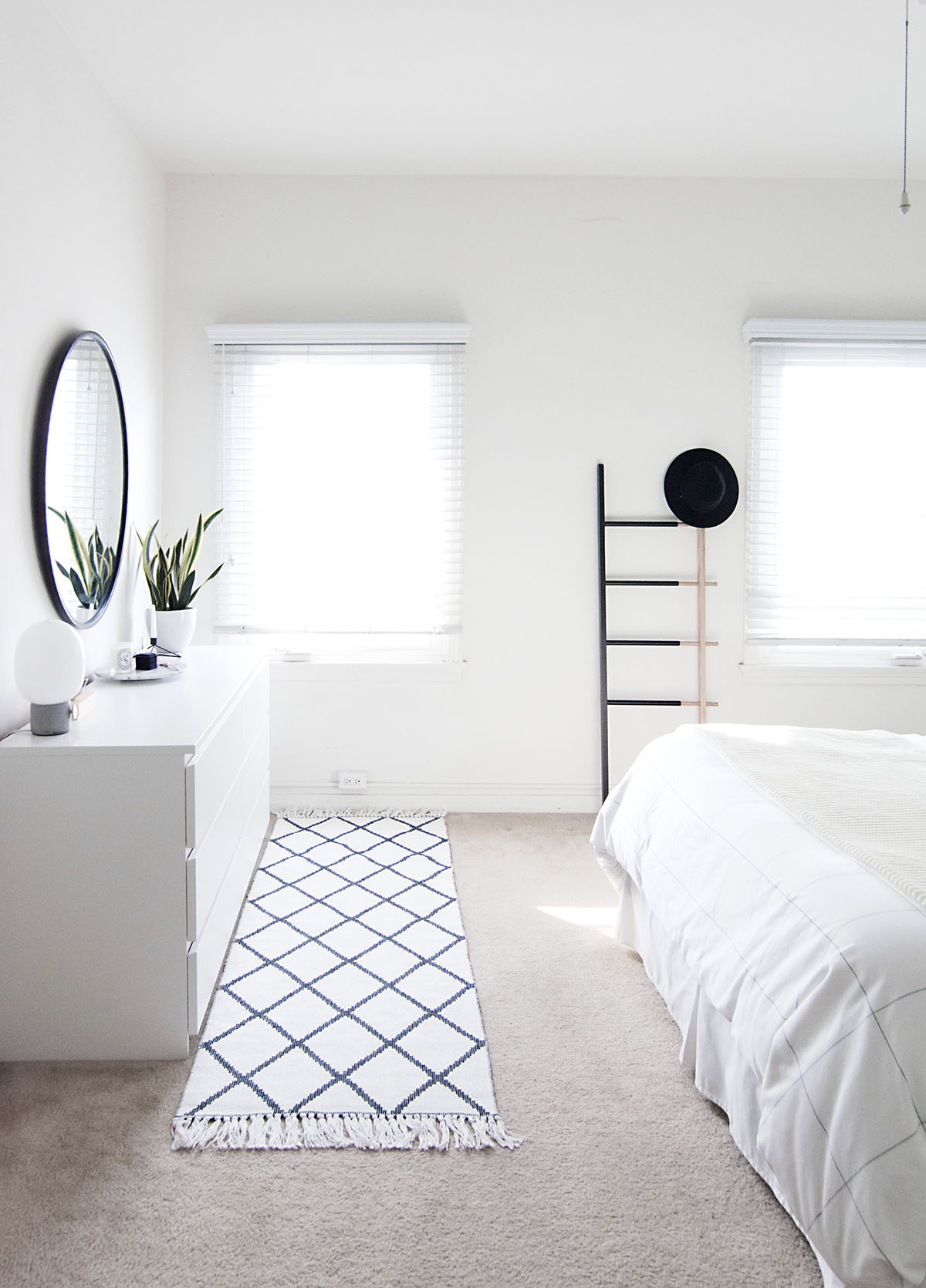 From the research I’ve done, one thing doesn’t necessarily work for everyone since different rugs and carpet types can have different needs, so it might take some experimentation like it did for me, but hopefully this works for you too.

Do you have this same issue somewhere in your home?  Did you come up with a solution different from mine?  Share in the comments below!

4 comments on “How to Keep a Rug From Slipping”